Jim Lewithwaite discusses how divided nationalists are - many of them cannot stand being in the same room with each other and won't attend each other's demos.

Talk about putting the cart before the horse: Lewthwaite tells nationalists they haven't got time to find a leader, they need to get a movement together first, apparently.   Talk about getting things back to front.

http://thevoiceofreason-ann.blogspot.co.uk/2012/02/draft-proposal-rival-nationalist-leader.html explains how I would go about finding nationalists a leader, but I know they are too divided and disorganised even to agree to think about doing this, let alone do it.

No leader, no movement. No horse, no means of moving the cart.  But nationalists either can't get it or won't get it.  I think they fear and hate each other so much they actually don't want a charismatic leader.  They prefer pointless activity to effective planning.  So there you go.

Predictably, NOTHING ABOUT FEMINISM or SSMs in Lewthwaite's speech either.

What are the chances of the baby you can hear in the background being legitimate?

Peter Rushton talks about Radical Nationalism. What a joke. Just think of these Radical Nationalist Nazi Fascist Extremist Racist "men" too afraid to question the morals of their women who give them mostly bastard children. Radical indeed!

Rushton does not mention FEMINISM at all. White people can do no wrong, it seems. They could never be the author of their own misfortunes, not even the ones who let all the immigrants in.

Priti Patel and Kwasi Kwateng were sneered at for their parents' decision to come to Britain rather than go somewhere else where they would not be quite so racially alien.

More jeers and sneers from the audience. (And why not, it is after all their all-white all-gentile meeting.)

I would say it is the existence of the welfare state rather than the presence of so many fucking foreigners.

The Welfare State is the Sacred Cow that not even nationalists will blaspheme against, for most nationalists are white working class and we all know how the white "working" classes need and want their welfare state ie in the way a junkie thinks he needs his next fix.

Rushton then goes on to discuss the pointless wars fought - he hints - for the benefit of the Israelis.

The so-called Tory Right was not even properly Conservative, he says. It is a kind of perversion of Gladstonian Liberalism.

That was the most interesting part of his speech.

The Three Pillars of Gladstonian Liberalism:


These have now become the nostrums of Modern Conservatism and New Labour - the Fetish of Freedom.

Was there ever a bigger fraud on the British people than to say to them that the British political system would give to them FREEDOM, he asks.

[Sardonic laughter from the audience.]

Grant Shapps, Jewish millionaire and now Chairman of the Conservative Partym said to have fraudulent get-rich quick internet schemes, is the Greatest Spivocrat of all.

Shapps was not even a subtle spivocrat and for he was caught doctoring his Wikipedia entries, apparently.

[My settled view is that Jews and Muslims (or any group of people who respect the institution of marriage) will find themselves effortlessly superior when competing with another group of people who are mostly sluts and bastards, as the gentile white European mostly is these days after so many decades of degenerate feminism.  I continue to find it astounding and bemusing to encounter the hostility I continue to get from these degenerate people merely for pointing this out.   I had imagined ethno-nationalists who are nominally interested in breeding at some level would be interested in discussing eugenics and policies of preventing degeneracy, but not a bit of it.   With the noble exception of Simon Sheppard, they all seem neurotically fearful of discussing feminism.  It is like a taboo for both the liberal elite and the despised racialist in Britain.   They absolutely will not discuss it at all.   It was only when I realised this that I knew that the entire nation was rotten with feminism - its most sacred of all its sacred cows.]

Just for pointing this out again and again in my blogs, I have been banned from every single nationalist party in the land on trumped up charges and spurious accusations.

1948 was the time when the multi-racial society was being created.

Commander Fountain a Conservative was PPC for Chorley in 1947.

He was very rude about the Labour Party and was was denounced as an antisemitic racist with a violent disposition. A case of projection, Rushton suggests.

Rushton goes on to denounce Martin McGuinness and dares him to sue.

White people do have something to be guilty about though, for allowing themselves to be drawn into WW2 - not just for the war but how the war was conducted ie Dresden.

[He then flogs a DVD on the subject with free bonus DVD on Richard Stokes the Labour MP who stood up to be counted over Dresden.]

Rushton warns against believing what the tabloids say, especially when they blame mosques or Muslims. The cause of British malaise is the treason of our elites!

I think the enemy is even more within that that.  The enemy is between our heads and our legs.

Dave Jones starts by mentioning Rochdale whom he calls the threat from without.

He wants to destroy the threat from within - which he identifies as the liberal intelligentsia, the organised gay lobby (who are all white), the charities with their PC aims promoting multiculturalism who have now descended upon Tod.

Todmorden must not become like Rochdale in 10 years' time.

Dave managed to get 25% of the vote in a two-horse race against the LibDem candidate in the councillor election on 25 October 2012.
at December 05, 2012

However : " Just for pointing this out again and again in my blogs, I have been banned for every single nationalist party in the land on trumped up charges and spurious accusations".

There are no 'trumped up' charges. You decided to make yourself as controversial as possible (that swastika business for example)in order to gain personal publicity. you have also shown yourself as 'desperate & needy' for a political party to embrace you -any party-and then you turn on them when they reject you.

I think that you often talk a lot of sense (that's why I keep reading you), but you are electoral poison. If I ran a Party then I couldn't allow myself to have you in it.

You appear to be lamenting losing your influence in Nationalism, but you told us that you are now a Conservative (again). And only because the UKIP wouldn't have you.

I don't know the answer; Start your own Party ?

It's a shame because we'd poorer without you... 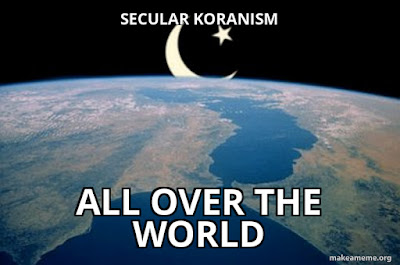