How to treat ADHD? Observe the parents for bad parenting and any signs of being middle class, then tell them to give it a good smack.


How to treat ADHD? Stigmatise it. The simplest and most responsible thing this government should do - but I know it won't - is to put any child who has ADHD into a special class of ADHD sufferers or even put them into an ADHD *school*. That would shut these parents up good and proper.

And, obviously, watch that kid for character defects, emotional instability, weirdness, intellectual impairment and remember to tell it again and again that it had better change its ways or IT. WILL. AMOUNT. TO. NOTHING and be a loser and a loner.

Whatever its causes, genetic or social, they should suppress its symptoms and stop being a burden to themselves and others.

Of course these child psychologists are going to milk it for what it's worth.

This piece will create confusion and encourage concerned parents to who can afford it to seek expert advice.

It is obviously not enough to just tell a child nicely to cease and desist and give up when they won't. You actually punish the child, but that may be considered a bit "extreme" to liberal parents to actually have to practise following through their ideas. They will of course just cave in at the first hurdle and seek "expert advice" who will have every interest in giving unnecessary treatment and prolonging it for as long as possible.

Boys suffer from it more than girls.

Everyone suffers from ADHD and autism from time to time. It is just a way of saying someone is

1. not paying attention
2. not seeing another's point of view
3. not able to control their emotions

but that it is not their fault.

Well, if they are annoying you and won't stop annoying you, then it is their bloody fault.


The reason why there are more middle class ADHD children now is because more mothers work. There is just hint that this happens more to working mothers, when these experts refer mysteriously to "early childhood experience" (which I believe is a euphemism for "leaving them in daycare") because they don't want to be shouted at by Jenni Murray or be sent to The Tower.


Working class children who display ADHD-like behaviour whose parent(s) did not think to consult a child psychologist (or cannot afford to do so) are called something else, eg "thick out-of-control little shits"


Oliver James was trying to suggest that working mothers leaving children in creches was not such a good idea. I still remember how Jenni Murray shouted at him on WOMAN'S HOUR for daring to criticise working mothers.

"Sadly, there is now overwhelming evidence that daycare is bad for the mental health of at least one-third of under-threes (the evidence is in the appendix of my book).

Tragically, it is precisely the kind of mother (and politician) who is unresponsive in relating to under threes who is most likely to leave her child in daycare. The more unresponsive she is, the longer the hours she is likely to work and the lower the quality of daycare she is willing to settle for. Yet these are the very babies who most need one-on-one care (although all under-threes do)."

God if He exists would have a view on whether Christianity is idolatry and blasphemy [from 1:49:00] 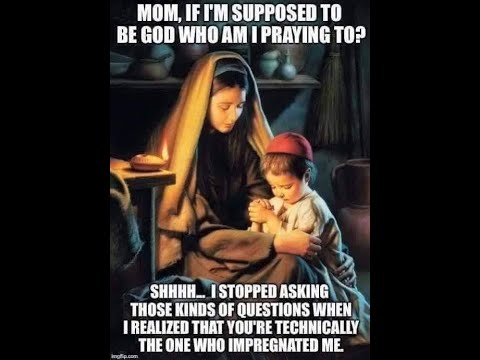