I am a non-racist peacenik libertarian National Socialistic Secular Koranist who believes in one-partyism, I have decided. It could be worse. At least I am not a warmongering Iraq/Afghanistan-invading Libya-bombing totalitarian feminist extremist PC liberal fascist!

My idea of Nationalism = an ideology of national interest. (Libertarianism - the belief that society would be better off with less bureaucracy and lower taxes - would be in the National Interest.)

My idea of Socialism = a stated preoccupation with social justice, social mobility and the existence of a meritocracy which is only achievable through a free and excellent selective education system run on traditional principles.  Let us have my idea of Socialism then, through Grammar Schools or the New Model Comprehensive http://thevoiceofreason-ann.blogspot.com/2009/02/new-model-comprehensive-by-tories.html

If we can have "Socialism with Chinese characteristics" AKA state capitalism, then we can certainly have Khavian Socialism (which is really Secular Koranism).

TAX
The Koran supports the idea of a flat rate income tax of 20% and I propose that we have this enshrined in the new British constitution that I will draw up on behalf of the British people.  http://en.wikipedia.org/wiki/Khums

PORK-EATING
Khavian Koranism supports the idea of halal bacon, pork and ham to be sold by specially-approved butchers with the Khavian Seal of Approval that halal methods of slaughter have been used.  You can be a good Muslim and never eat pork, but if you do eat it, make sure you cook it thoroughly, otherwise it is full of parasites which may enter your body and do all sorts of awful things to you, in some cases munching away at your brain and your eyes ....  All pork with the Khavian Seal of Approval will be slaughtered using halal methods and will have special packaging reminding people to cook pork properly or else enter jahanam.

THE BENEFITS OF POLYGAMY TO WOMEN - MANY HANDS MAKE LIGHT WORK
http://thebattlefieldoflove.blogspot.com/2010/05/how-islam-would-arrest-qualitative-and.html

DIRECT DEMOCRACY
http://en.wikipedia.org/wiki/Shura
Basically, under Islamic principles of consultation, we would have had a referendum on, for example, the death penalty and the EU, instead of the liberal political establishment running rings round the Eurosceptics and the social conservatives, who are basically represented by the useless, cowardly, hypocritical and Islamophobic UKIP and BNP.

ONE-PARTYISM
The Koran forbids us from dividing ourselves into sects and rejoicing in our own doctrines (3:103, 6:159), which is precisely what the multi-party system does.  People equate a one-party state with totalitarian government but it doesn't have to be this way if the party constitution protects the members' rights of free speech against the leader and his cronies. 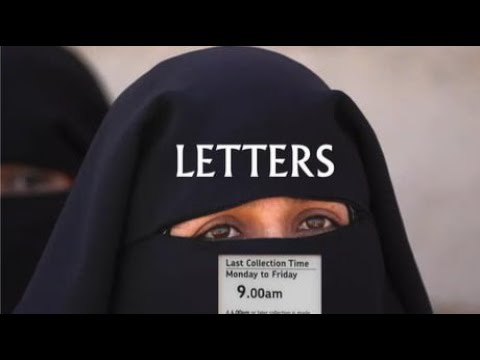