Who is the zealot and fanatic?

(a) he who insists on his right to continue being gratuitously offensive after provoking devastating violence?

(b) he who responds with violence after a deliberate campaign spanning years to gratuitously offend him? 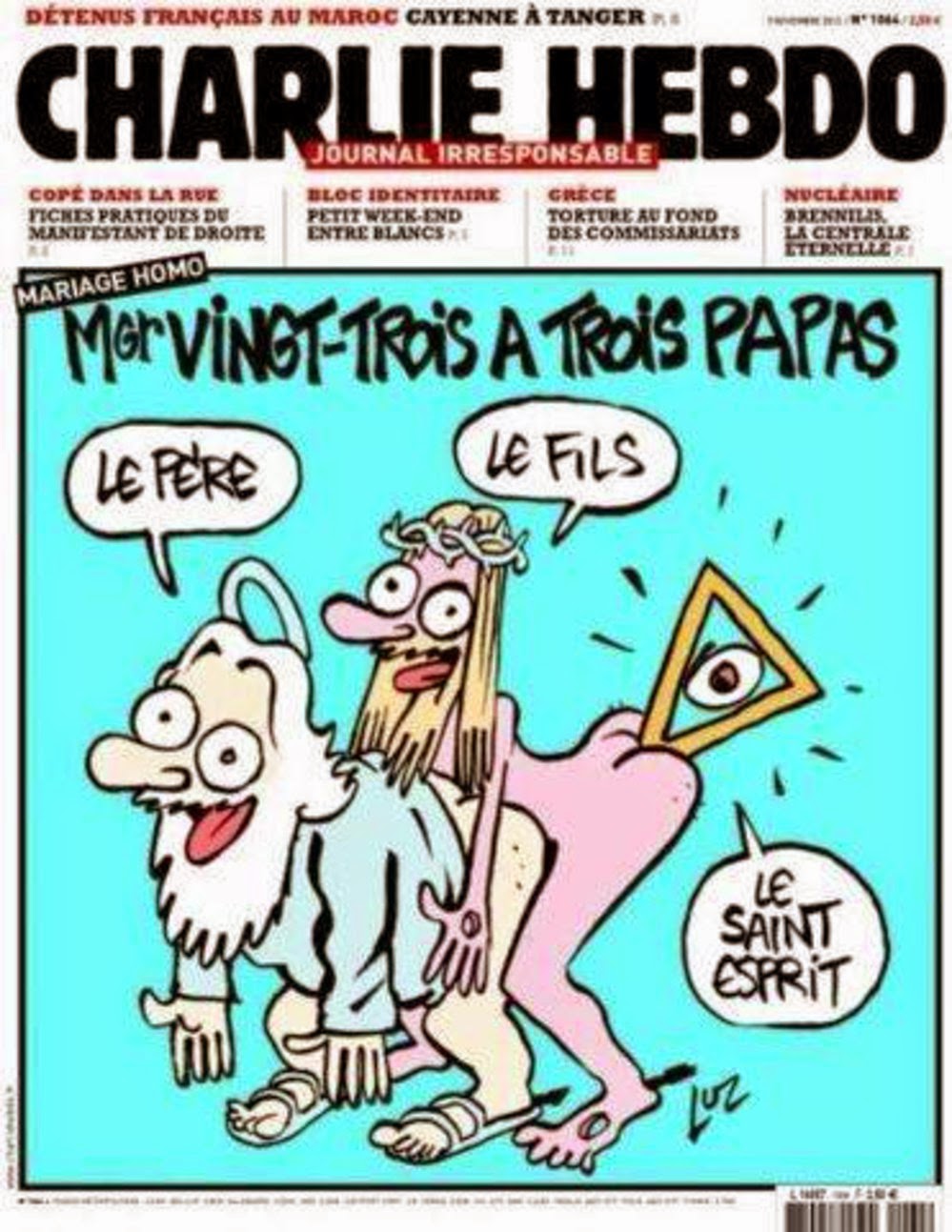 What lessons can be learnt from the gunning down of Charlie Hebdo?

I'll agree that the cartoon you show is disgusting, and I do disagree with publishing offensive cartoons just for the sake of it.

But gunning people down over such a thing is indefensible.

The 12 people murdered yesterday will now become martyrs to free speech, and I suspect we will see even more offensive cartoons being distributed, though possibly anonymously.

If the cartoonists are too afraid to give their names and no longer published by Charlie Hebdo then the terrorists will have made their point.

Was this a case of the inexpiable killing the indefensible?

Why I Don't Support Christian Nationalism