Why Slags and Slappers are Bad for Britain

What passes for sex "education" nowadays consists of giving school children access to contraception. They will of course interpret this as licence to have sex and end up with the clap or knocked up. The children of these never-married teenage mums who produce litters by their different male partners will be more likely to under-achieve at school, stab each other and generally live a life of crime, degeneracy and welfare dependency at the expense of the taxpayer.

1) Pass a law that child benefit and council homes for families is only restricted to the married.

2) Compel every under-aged pregnant girl to reveal who her impregnator was and fine him (or his parents if he is under 18). If she refuses to divulge his identity her parent(s) will be fined £1000. This should discourage the practice of the many British parents (quite often middle class and who ought to know better), who do nothing to stop their adolescent daughters from having sex, quite often in the parental home while under-age.

3) Pass a law that any child born of an underaged mother will be removed from her and put up for adoption.

It would seem a little vindictive to propose such a thing, but isn't it time we did something about single motherhood, irresponsible parenting and the societal consequences of condoning illegitimacy and promiscuity?

What is the point of having an age of consent if it is hardly ever enforced?

Should Fiona McKeown, who took her variously-fathered children to Goa, who took Scarlett from school during term time when she must have been preparing for her GCSEs, who thought it was OK for her 15 year old daughter to have a sexual relationship with someone they just met on holiday, be made an example of?

Would it be in the public interest for the Crown Prosecution Service to prosecute a mother so shamelessly negligent that she even now denies that she has been negligent?

Is the world perception that British women are sluts and slappers deserved?

Does it need a woman to say this?

You may wish to ask

if a prosecution might not be in order when all the facts are already made out below:

Scarlett smoked cannabis in Britain, and not, it would seem, the just "once or twice" her mother claimed.

"Scaz - always ravin, goin out, getting stoned and bein off her face," reads one of several similar badly spelt internet tributes to the dead girl.

Her relationship with Scarlett was "trusting and honest" - more like a friend than a parent. And therein, perhaps, lay the root of many of Scarlett's problems.

For there was a similarly "matey" approach to the subject of sex. Scarlett had a boyfriend in Britain and was sexually active. But her mother only found out about this after Scarlett told her she had been to the family planning clinic.

"We had talked about it and I was aware she was having a relationship and I was OK about that," was Fiona's rather laid-back view.

ARRANGING OR FACILITATING COMMISSION OF A CHILD SEX OFFENCE
(1) A person commits an offence if—
(a) he intentionally arranges or facilitates something that he intends to do, intends another person to do, or believes that another person will do, in any part of the world, and
(b) doing it will involve the commission of an offence under any of sections 9 to 13
(2) A person does not commit an offence under this section if—
(a) he arranges or facilitates something that he believes another person will do, but that he does not intend to do or intend another person to do, and (b) any offence within subsection (1)
(b) would be an offence against a child for whose protection he acts.
(3) For the purposes of subsection (2), a person acts for the protection of a child if he acts for the purpose of—
(a) protecting the child from sexually transmitted infection,
(b) protecting the physical safety of the child,
(c) preventing the child from becoming pregnant, or
(d) promoting the child’s emotional well-being by the giving of advice, and not for the purpose of obtaining sexual gratification or for the purpose of causing or encouraging the activity constituting the offence within subsection (1)(b) or the child’s participation in it.
(4) A person guilty of an offence under this section is liable—
(a) on summary conviction, to imprisonment for a term not exceeding 6 months or a fine not exceeding the statutory maximum or both;
(b) on conviction on indictment, to imprisonment for a term not exceeding 14 years.
at March 14, 2008

On being accused of suffering from a Messiah Complex

On the matter of whether I do in fact suffer from mental health issues such as a messiah complex, megalomania, delusions or narcissistic per... 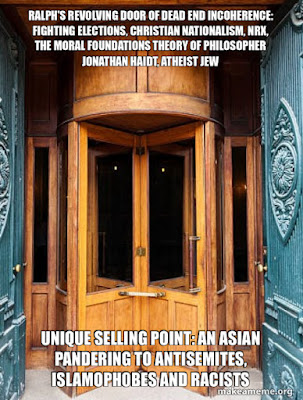